The Logitech G231 Prodigy Stereo Gaming Headset is the company's entry-level 3.5mm wired headset aimed at gamers looking for a bit more than just a pair of cheap stereo headphones. The set works with PC, PS4, and Xbox One, and Logitech's choice to stick with just basic features helps keep the price down to a low $89. Visit our product page here. 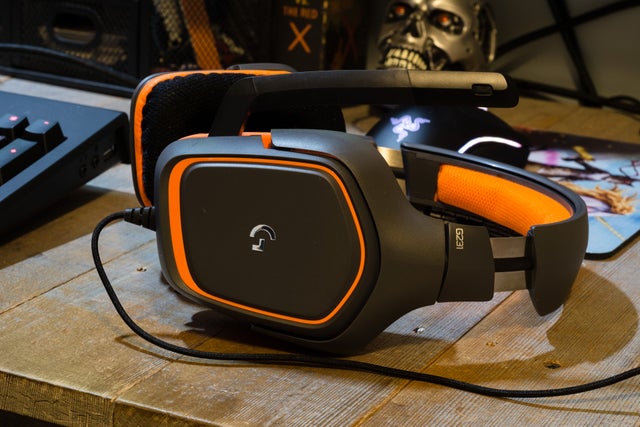 The G231 is an eye-catching headset. It has the angular look of a modern supercar, with a gunmetal grey plastic exterior and bright orange accents that pop and are a nice change of pace from the traditional red/black theme. Chrome logos on the earpieces match the thin bit of aluminum peeking out from the crosspiece and really tie the room together, so to speak. 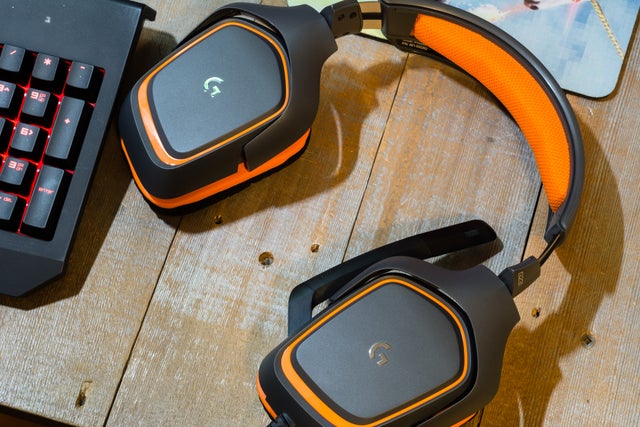 Controls for volume and mute are on a long braided cord that is six feet in length with a velcro strap for cable management. The control pod is located in the perfect spot on the cable, allowing a little bit of slack while still allowing it to be reached easily. It also has a little clip on the back so you can hang it on your shirt if you like, but it's light enough that it doesn't pull your shirt down or become a nuisance when it's dangling. 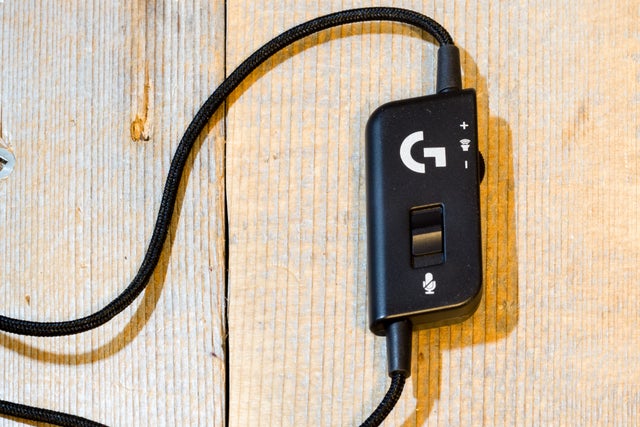 The microphone is located on the left earpiece and is a traditional fold-up design. Adjusting the mic's position is a bit creaky, and it's an issue that actually affects other parts of the headset too. Anything that can move creaks like the door to a haunted house, such as when you rotate the earpieces sideways. It's possible this could lessen over time as the headset loosens up a bit, but it made me aware of their low price right out of the box.

The mic did a perfectly fine job of capturing my voice in-game without picking up too much background noise. The mute button on the inline control clicks up or down to turn mute off or on, but the red dot on the control pod itself that indicates when mute is active is a little hard to see. If your teammates are ignoring you, it might not just be because they're jerks.

Whether listening to games, online chat, or music, the headset delivers a full range of sound without sounding washed out or muddy. Bass response is very good, and is paired with clear mids and bright highs. The headset is also incredibly loud. Using the inline control, the volume can be cranked up to an ear-splitting level. It definitely loses fidelity at higher volumes, and sound quality falls apart quickly when the set is turned up past 50 percent or so. One thing is for certain though; you will never, ever complain about this headset not getting loud enough. 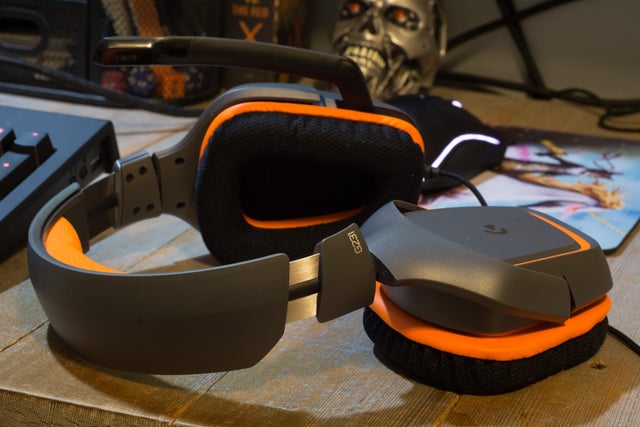 The G231 uses a pair of 40mm drivers, which are smaller than the 50mm drivers found in some headsets, such as the Razer Kraken Pro V2, and as such, the sound from the Logitech doesn't quite have the "boom" of the Kraken. That being said, they still deliver great sound, but lack some of the meatiness exhibited by their competitor. Bass from sound effects like explosions and gunfire don't pack quite the same punch, and the same can be said of bass-heavy music. If you really value low frequency response, the G231 is good, but not great. I think the G231 offers better overall sound than the Kraken Pro V2 though, because to my ears they just sound crisper and more well-balanced.

Outside the realm of gaming, the G231 makes a fine set of headphones for listening to music or podcasts. The only downside is its extra-long cable tends to get caught on stuff. The long cable is clearly designed for PC gamers, so if your rig is on the floor or you want to plug into the back of the motherboard, it's great. There's plenty of slack in the line so you can move around without worrying about yanking it out of its port. However, if you plug them into the front of your PC or use them for console gaming, all that extra cable just gets in the way, even when it's bundled up in its velcro wrap. 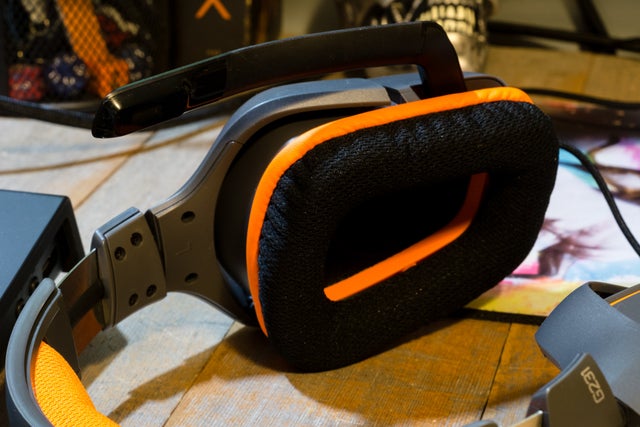 The G231 remains comfortable for long gaming sessions, never getting too warm or feeling cumbersome at all. The plastic construction helps keep weight down without making it feel like a cheap headset. The padding on the inside of the cross piece also stays cool, but isn't always comfortable because no matter how I adjusted them, the top piece felt like it was pressing down just a little too much.

If you're in the market for an entry-level gaming headset, the Logitech G231 Prodigy is a great choice. The angular design with orange accents help it stand out, and the volume and mute controls are easy to use. The mesh padding on the crossbar and earpieces are comfortable even for extended periods, and other than a spot of pressure at the top, the mesh feels great and stays cool. The length of the control cable can be a problem when listening to music or gaming on console, but the velcro cable strap helps make it manageable. If there's one make or break feature of the G231, it's probably cable length. It's really only handy if it's plugged into the back of your PC, and otherwise it's a nuisance as if you use the front ports you'll still have a ball of cable dangling around. PC gamers will have no problem with it, but console gamers should consider a set designed specifically for consoles.

A short sentence describing what someone will receive by subscribing